I am getting lazy, it is one of those things that happens to lots of us who review books. I’ve read a few over the last month and the problem that I am starting to have is, that unless the book grips you from the first chapter then I’m onto another one.

So superficial you may say, you are missing out on so many good books that are slow burners. You would be right, I’ve missed out on some good books probably so I will change my ways. I will go back to my roots and finish books that I have started even if they don’t grip me straight away. You have my word. Only after this latest book that got recommended to me on twitter. The cover page has a great quote from author Lee Child “exactly what a thriller should be”. Just in case people don’t know who writes Jack Reacher books, YES it is Lee Child.  See how Lee Child got the inspiration for his Jack Reacher character here.

I need to read this – so here is my starter review…….

I have read the first two chapters and I’m hooked. I’m hooked, the opening scene of a soldier in a Land Rover, seeing a US helicopter being gunned down bu he is on his own mission. Can he go back and help the soldiers or keep focused on his own mission, the torment inside is too great. Being the super soldier like Jack Reacher we get to see a man who is at the top of his training as he takes out lots of terrorists who are Al-Qaeda that have rounded on the crashed helicopter.

I know that I am in for a great read, just the rapid descriptive writing of the opening chapter we can clearly see that author Mark Greaney is a top writer. Like the Jack Reacher books I can see that the Gray man is going to be a reluctant hero, writing the wrongs of the world. CLICK ON THE PICTURES TO BUY 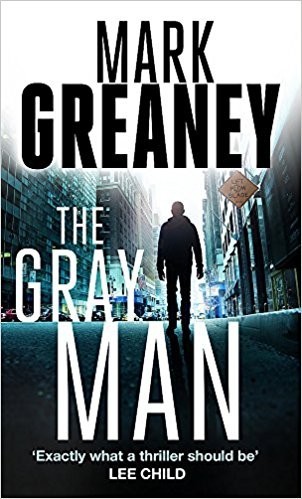 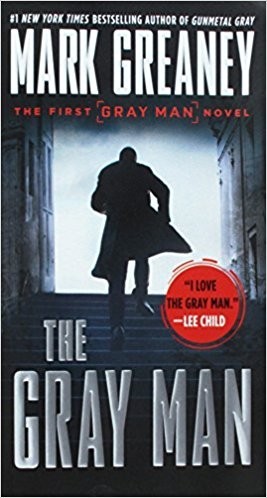 Mark Greaney is now one of my recommended authors, It was a bit like reading a Greg Hurwitz Orphan X book. I couldn’t believe just how similar the main character was too Jack Reacher. If you though that Jack Reacher liked to remain anonymous then wait until you read about Gentry aka The Gray Man. He is just off the grid, described as someone who can kill you from a long distance or can easily sit next to you and slide a knife across you throat, a ghost as they say. As I am reading this book, I am so enthralled with the plot, the Gray Man being double crossed by his handler who in turn is being blackmailed and then to add more insult to injury the worlds best military teams as assigned to kill him.

How is this guy going to survive, we know he does as there are more books in the series, even so this is top writing crime thriller writing at its best. Descriptive fight scenes, great unlikable baddies and a reluctant hero, what more could I ask for. I like the way with this book, The Gray Man was betrayed, we knew he was going to be betrayed as we read the various conversation before the actions were implemented. This is a good twist as you know before the Gray man that he is up to his neck in deep water. Can he survive with all the hunters after him?

If you like Lee Child as an author then I have to recommend reading this book. Lots of Lee Child fans always ask me, “There’s Rapp. There’s Reacher. Who else is there?” Well now we can add to this list another person, The Gray Man!

The highlight for the book to me was the plot folding out and then going back over a scene that we see from the Gray Man’s perspective. This was a really good technique as we see a situation happen and then we see how it really played out from our Hero’s perspective.  An example of this would be when The Gray Man is in small storage hut in the middle of nowhere, the baddies ambush him but we get the story told from the baddies side up to the entry of the storage hut.  Then it reverts back to the story from The Gray Man’s side to show what happened when the baddies do show up.  Powerful stuff and it got me reading until 1am for two nights in a row……

Well done Mark Greaney – a great book and one that I shall mark very high. The ending is really clever as it leads you into the next book of the series.  So after reading many Jack Reacher books and you are now at the end of the Jack Reacher series, it may be time to look at something that is just as powerful.

If you are questioning Who is the Gray Man, then look HERE. 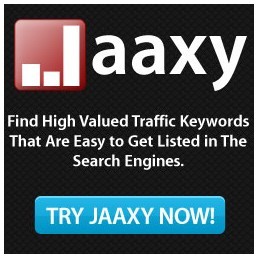 Just to keep everyone on their toes, I also write standalone thrillers under the name @TheAlexKnight, and the new one - HUNTED - is out in paperback now https://smarturl.it/bf5uhr